Sydney Walsh is an actor, director, teacher, and private coach, with television, film, and theatre credits dating back to 1985. She has contributed to multiple theatre companies, including Plymouth (founding member, c. 1998), and has trained actors of all ages, including as a faculty member and primary instructor at The Acting Corps from 2006-2018. Her directing credits have taken her to the LA Fringe, and she is looking forward to an upcoming adaptation of THE SEAGULL at The South Pasadena Theatre Workshop.

Explore
Sydney Walshs
' classes:
Sydney
has an IMDb page, check it out
here! 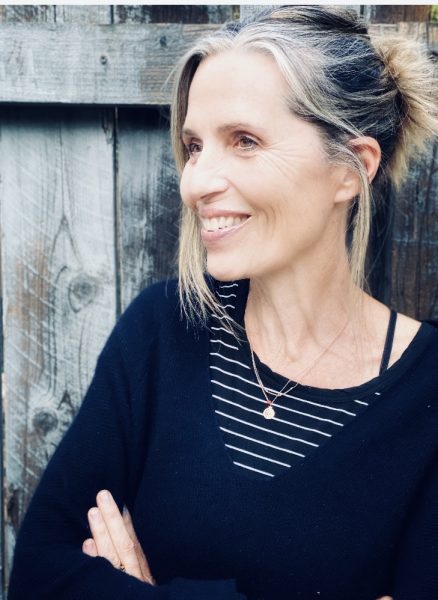 As an actor, Sydney has enjoyed a long, continuous career, with favorite credits that include HOOPERMAN (series regular), the original POINT BREAK, VIETNAM WAR STORIES on HBO (for which she was an Ace Award Winner for best supporting actress), CHEERLEADER MURDERS, NIP/TUCK, ER, and the list goes on.

Sydney’s gifts as a teacher draw on her extensive experience working on stage, in front of the camera, and as a director. It is her joy and mission to share the tools and insights she’s gained in order to train, prepare, and direct actors in the service of practicing their craft, boldly interpreting material, and creating a safe and wonderfully challenging container for the work. She loves to teach and we are privileged to have her join us as a Master Teacher at The BGB Studio.

"I’m so grateful to Sydney for inspiring me with her incredible belief and spirit. She’s dedicated, generous, and full of creativity in her ideas of where a scene and character can go. Thank you, Syd, for being the warmest of teachers. You’ve been a collaborator, a mentor, and above all, a true friend."

"Sydney Walsh is a dear friend and longtime collaborator. She is my sister in art and poetry. She has a gift for organizing the circle of the feast; welcoming newcomers to the banquet, getting old timers, like me, to eat and drink heartily, as if for the first time. She invites everyone within her circle to serve each other as a way of serving themselves. She is a hard working, ever curious and dedicated teacher, not to mention a fine, accomplished actress herself. One is lucky to be around her experience; one of strength and hope."

"Sydney meets you where you’re at. From beginner to advanced, everyone is challenged at their level. What I liked most is that she comes from an actor’s point of view, and directs in a way that is understandable. Sydney has a deep love of artists and it shows. My biggest takeaway was learning how to personalize a scene as opposed to emotionalizing it. This class gave me my power back and helped me push through some self doubt blockages. After taking Sydney’s class, I feel motivated to continue my practice and keep growing as an artist."

"Sydney inspires actors by focusing in on what they have to bring to the material and freeing them up to make creative choices. She has razor focus and insight, a dedication and energy that will not cease until the actor and script are one. She creates an environment of generosity where people are inspired to play specific objectives and remain vulnerable; where there is trust and a sense of play. A television actor, an acting teacher, a developer of original material and a theatre director, she brings joy, wisdom, humility and humor to her art and to her fellow actors."

"My favorite story about Syd is early on when she worked with me on an audition. It was for the role of a plumber, and I had decided that I would play it as a stereotypical tough-guy plumber. Syd coached me to find the part in me, approaching it from a truthful place of innocent, lovable, charm that I naturally possess. At the audition as I sat in the waiting room, I began second-guessing the choice as I heard actor after actor go in and play the tough-guy plumber. I decided to stay the course, though, and brought to life my naïve plumber who loved his job. The casting director reading with me kept reacting to me in the strangest way, and I left thinking that it was a disaster and that I would never work again. I didn’t get the job. However, I was called in two more times by that office for the same show, and each time I found the part from within instead of pretending to be whatever result I thought they would want. On my third effort, I booked the show! A few months later, the same casting director called me in straight to a producer session for a pilot."

"Sydney Walsh’s ability as a teacher to inspire is profound. Over the years she has lovingly pushed me to go deeper as an actor, writer, and director. She supports what is unique and special in each of her students and encourages them to fiercely bring those qualities into their work. Because of her many years as a working actor, she knows what you must bravely call forth from inside when auditioning and on set. Sydney imparts knowledge that will empower you in this business. Take her class, and I promise, you’ll feel galvanized!"