Nothing makes Risa and Steve happier than creating space and facilitating a path for actors to find their voices as creators: filmmakers, writers, directors, producers, cinematographers, editors, etc. When they started BGB, Risa and Steve brought their love of the process of creating from theatre, film, and television into the work that they- and all our teachers- practice in class. And out of that, they have nurtured the fullest expression of each artist’s unique voice, along with the practice of artistic leadership. In and out of class, we all make films together and we continue to watch BGB actors take the reins in their work and collaborate together in the world. It’s been incredible to witness and to be a part of.

Risa sat down with four BGB actors turned writers/producers/directors who have collaborated together in class and have evolved over the past few years as serious creative contenders in our business. Caroline Lindy, Dominic Burgess, Ellyn Jameson, and Johnathan McClain are the real deal. They are working TV professionals and filmmakers. And that’s because they have done the work of making work. They’ve written and directed and produced short films, feature films, and television shows, realizing their voices in ways they never imagined possible. They did it by doing it. They DO it by doing it.

They also value collaboration and partnership in this process, because we are mostly not meant to do this alone. Out of those collaborations, more and more work has sprung.

And here on The Acting Podcast, they each share how trusting their heart and gut have guided their talent. And the work has flowed from that. This is everything!

Listen in to this conversation recorded in person at BGB- which was also a beautiful reunion for Risa and these four filmmakers. We know it’ll resonate with you as it did with Risa, and our hope for you is the same as it was and is for these four amazing artists: Do what you love, find more of what you love, realize the potential of your unique creative voice in acting and beyond, and love it all.

Oh, and after they finished recording the podcast, Caroline, Dom, Ellyn, and Johnathan each shared some incredible news about the projects that are in the works that they can’t fully talk about because the final contracts are signed- but… there is a financed feature film, a deal to write a feature, a directing gig on an upcoming major miniseries, and several more scripts and films in the works. As it should be! 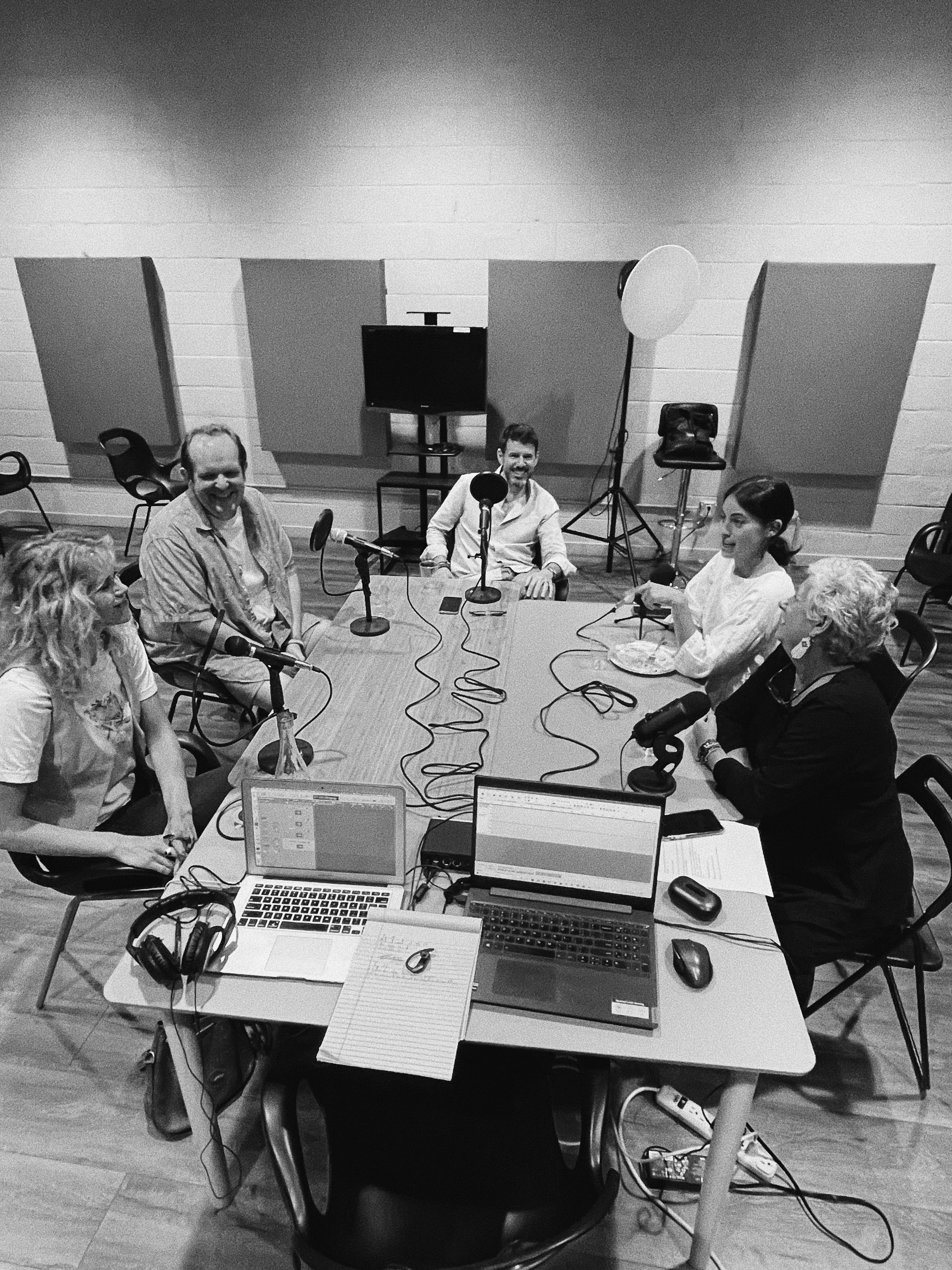 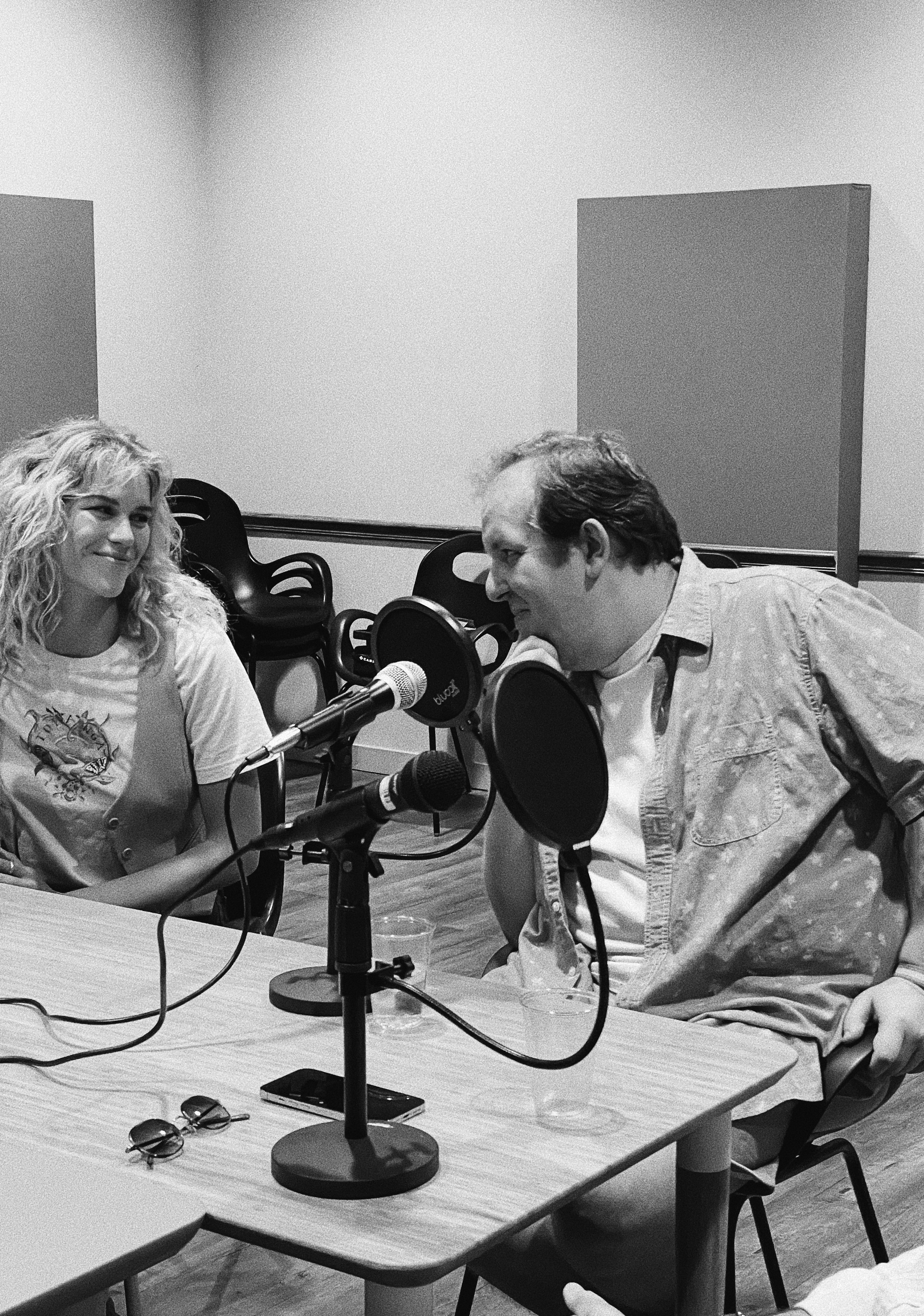 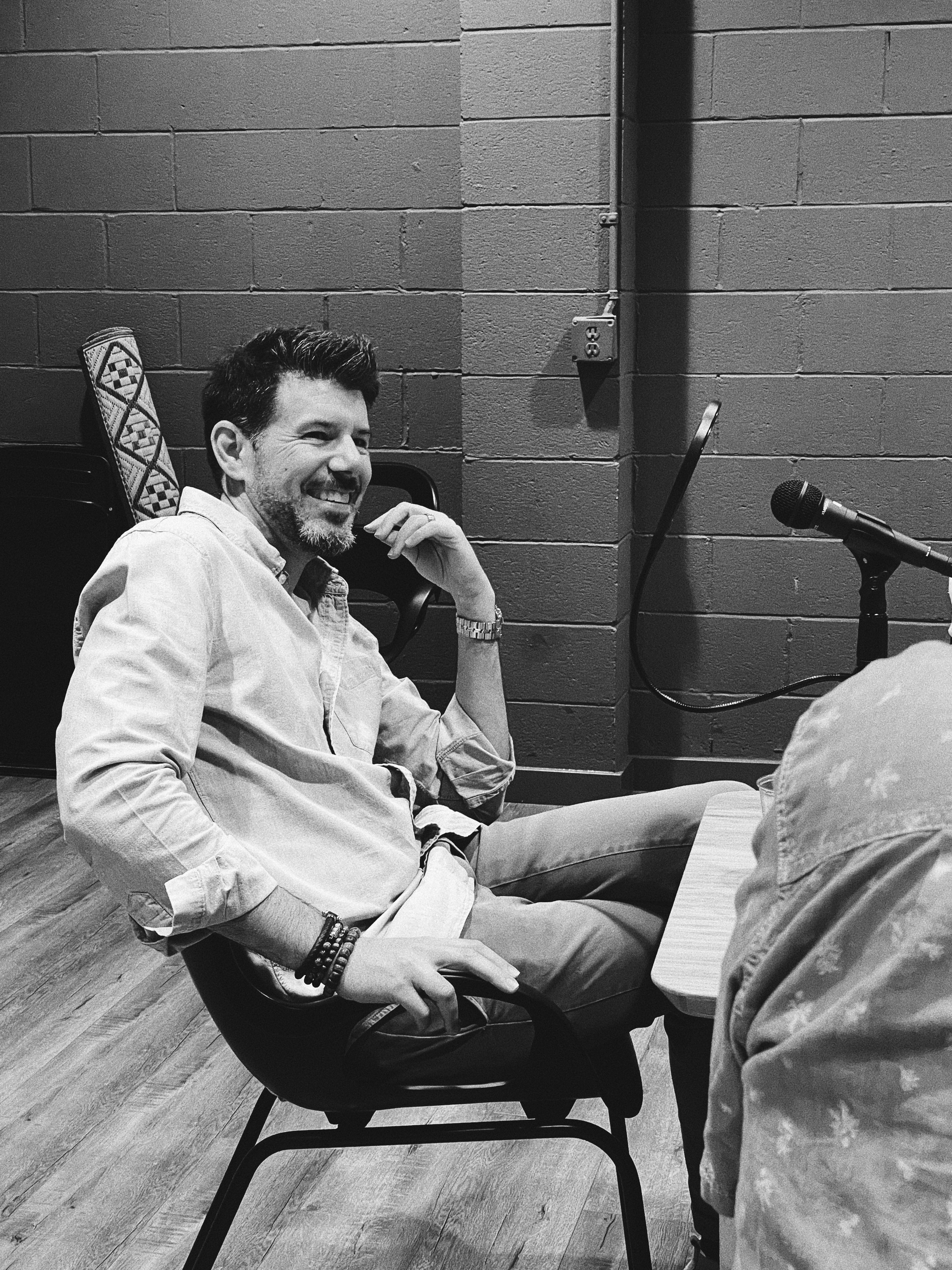 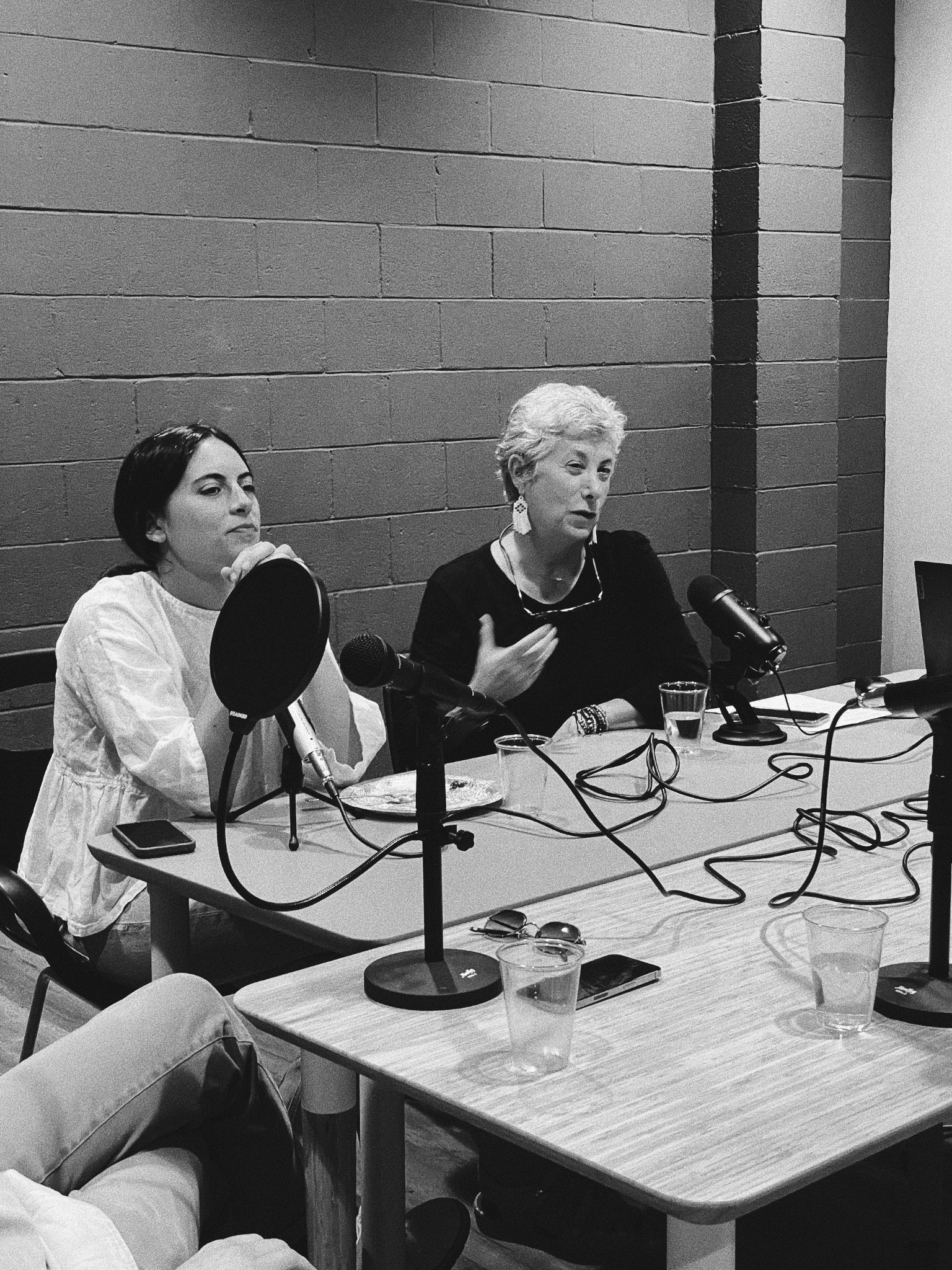 CHECK OUT our Audition, Scene-Study, and Creator Classes!
SIGN UP FOR The BGB Industry Series: How To Get (and KEEP!) An Agent

Caroline Lindy - Caroline won a grant in 2019 from Women in Film to write/direct a short, Your Monster, now being made into a feature with Merman and Bombo Productions. She was a recent finalist in the Tribeca/CHANEL Women's Filmmaker Program, and she is a freelance commercial director in LA. Her new film, Aspirational Slut, is a hyper-sexual romantic comedy that won the 2022 Audience Award at SXSW. http://www.carolinelindy.com/

Dominic Burgess - Dominic Burgess was born in 1982, in Stoke-on-Trent, England (Just like the Captain of the R.M.S. TITANIC, fact fans). He developed a penchant for performing after playing Biff in a High School production of DEATH OF A SALESMAN. He was awarded a scholarship to the prestigious Academy of Live and Recorded Arts (ALRA) in London, where he studied acting for three years. Public productions included TWELFTH NIGHT (as Malvolio), THE END OF THE FOOD CHAIN (as Robbo) and THEY SHOOT HORSES, DON’T THEY? (as Rocky Gravo).Dominic’s first television role upon graduating was the BBC’s award-winning Sci-Fi behemoth DOCTOR WHO, where he met a grisly fate at the hand of the Daleks. (Dominic’s Doctor will always be Sylvester McCoy.) Dominic arrived in Los Angeles, just a suitcase and his laptop in hand in January 2008, just in time for the Writer’s Strike… He didn’t know anyone in Los Angeles and subsequently has many stories to tell you about living situations he found himself in through Craigslist.As an actor, Dominic can be found on STAR TREK: PICARD, THE GOOD PLACE, THE MAGICIANS, and can soon be seen in THEM: COVENANT, BETTER THINGS, and in the feature film BREAKING NEWS IN YUBA COUNTY alongside Allison Janney, Awkwafina, and Regina Hall.As a writer/director, Dominic’s debut short film SAM DID IT stars Alfred Molina and is available through Amazon Prime and can also be found online. It picked up multiple awards through the film festival circuit and lead to Dominic being selected for Ryan Murphy’s Director’s Half Initiative, where he shadowed on 9-1-1. Dominic’s feature film projects RING GOES SOUTH and CHECK SURROUNDINGS FOR SAFETY both trended on the Blacklist in the weeks after their release. Currently in pre-production, Dominic has written and is set to direct his debut feature PRODUCTS OF WAR.An avid lover of nature, Dom is interested in ways to get involved in wildlife preservation, and as of going to press… he is a proud cat parent to five rescued felines (Frodo, Pippin, Ripley, Blink and Nub-Nub)… but there’s every possibility there might be more now… so many more… ‍

Ellyn Jameson - Ellyn is an actor, photographer and producer based in Los Angeles, CA. After an unconventional childhood growing as a military brat, Ellyn settled down in the Midwest for a few years to earn her BFA in Acting from CCM (the College Conservatory of Music at the University of Cincinnati). Her recent work as an actor/producer includes the feature film Seven Days (official selection at Cinequest Film Festival 2022) and the raunchy short film Aspirational Slut which won the Audience Award at SXSW 2022. As a photographer, Ellyn works primarily with film, creating meaningful visual stories for other artists and brands. www.ellynjameson.com

Johnathan McClain - Johnathan McClain is an actor and writer whose diverse, 25-year career spans the worlds of theatre, film, television, and publishing. As an actor he has an extensive stage and screen resumé, including two seasons as the lead of the TV Land sitcom RETIRED AT 35; recurring on the final season of AMC’s MAD MEN; co-starring with Edward James Olmos, Kathleen Quinlan, and George Lopez in the feature film WALKING WITH HERB (written by the late, great Tony Award Winner and Academy Award nominee Mark Medoff); as well as dozens of other film; stage; and series regular, recurring, and guest starring roles. As a writer, he has developed and sold multiple TV series and features, including a pilot presently in development with MGM Television and the recently released, critically acclaimed FilmNation/Focus Features film THE OUTFIT — currently in theaters — which Johnathan co-wrote with Academy Award Winner Graham Moore (THE IMITATION GAME) and which stars Academy Award Winner Mark Rylance, Zoey Deutch, Dylan O’Brien, Johnny Flynn, and Simon Russell Beale.(He is also the co-author of eight worldwide bestselling romance novels, which is its own bizarre story that he’ll tell you about if you ask him.) He believes success comes from finding and using your unique voice and believing unwaveringly that you are enough. Because you are.

Come join us for our new popup class as part of The BGB Career 911 series: How To Jump-Start Your Acting Career

Check out our LIVE ON DEMAND popup class as part of The BGB Career 911 series: How To Get (and KEEP!) An Agent