For the past 4 decades Risa has worked consistently as a director, producer, casting director, writer, and teacher. She’s had the great fortune to have collaborated with some of the most talented, passionate, and groundbreaking artists in the world. She’s continued to move successfully from one arena to another – from theatre to film to television and back. With two feature films in her directorial body of work – the cult classic, 200 CIGARETTES, and more recently, THE CON ARTIST, made in Canada, Risa’s also directed in television, including multiple episodes of THE TWILIGHT ZONE for the WB, and several shows for HBO, Lifetime, and Comedy Central.

Risa’s directed dozens of plays in New York (The Ensemble Studio Theatre, The Second Stage, Manhattan Theatre Club) and in Los Angeles. She calls The Ensemble Studio Theatre her original artistic home, where she’s been a member in NY for over 40 years, producing and directing several years of the flagship festival MARATHON OF ONE-ACT PLAYS. And she founded EST-LA, a thriving Los Angeles theatre company. Some of her favorite director-playwright collaborations have been with Edward Allan Baker, John Shanley, Richard Greenberg, Bill Bozzone, Alan Zweibel, and Neil Cuthbert.

In L.A. Risa founded and produced ACT ONE, a successful two-year festival of one-acts, in conjunction with Showtime Networks. As a founding Artistic Director of EST-LA, Risa worked with HBO, producing and directing a series of acclaimed one-acts for The Aspen Comedy Arts Festival. In her long association with HBO, starting in the early 80’s as a talent scout for comedians, Risa co-produced two years of THE YOUNG COMEDIANS SHOW for the network. She was also a TV producer with The Carsey Werner Company.

Explore
Risas
' classes:
Risa
has an IMDb page, check it out
here! 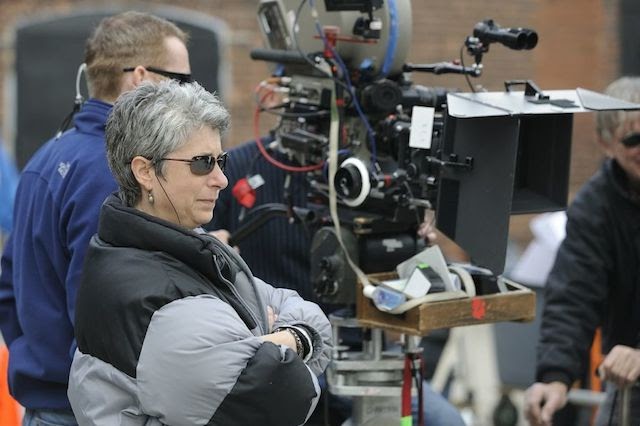 Risa started casting in New York as an extension of her rich theatre life. From there she and her partner, Billy Hopkins, took their first step into feature film casting with DESPERATELY SEEKING SUSAN. They worked as a team for 11 years. During and after their successful partnership, Risa cast some of the most memorable movies of the past 30 years. Risa’s résumé includes more than 65 feature films, classics such as SOMETHING WILD, THE JOY LUCK CLUB, TRUE ROMANCE, ANGEL HEART, FATAL ATTRACTION, BORN ON THE FOURTH OF JULY, JFK, WALL STREET, TALK RADIO, THE DOORS, SPEED, JACOB’S LADDER, AT CLOSE RANGE, SNEAKERS, HOW TO MAKE AN AMERICAN QUILT, DEAD PRESIDENTS, TWISTER, BENNY AND JOON, and FLIRTING WITH DISASTER.

She’s cast numerous television shows and pilots, including ROSEANNE, CSI:NY, all four seasons of the Showtime series MASTERS OF SEX, THE AFFAIR and SEAL TEAM.

Risa served as a Producer on Oliver Stone’s films HEAVEN AND EARTH and NATURAL BORN KILLERS, movies she also cast.

Risa’s passion for teaching and coaching has led to her collaboration with Steve Braun in The BGB Studio, a creative space and community they created as an artistic home for actors, writers, directors, filmmakers, and casting directors. Here she gets to do it all!

"Risa stresses the two most important and most often overlooked components of acting, CONNECTION and INTENTION. Within a few days after taking her master class I walked into an audition for ONE TREE HILL and thought to myself, “just connect with the reader,” needless to say… I booked the job and I’ve been on the show ever since. Whether you are just starting out or have been around for a while… this training is invaluable."

"Risa is a woman with knowledge, history, experience, language, depth... and balls. I would encourage anyone to take the opportunity to work with this extraordinary woman. My life is richer for the time I’ve spent with her."

"Because of Risa Bramon Garcia, I’ve worked with Oliver Stone, booked four Series Regular roles, and done theater in New York… and I am an LA based actor. With her there are no limits. She will bring out talents and confidence you didn’t even know you had. Do you want to work? Study with Risa. She will change you as an actor."

"Risa loves actors. What a relief to enter a room with a casting director that wants to put you in the best possible place and head space to do your job. This is not to say she is going to take care of the actor’s ego. That’s not her style. She sets the tone like a professional peer ready to collaborate with the actor. She doesn’t want to hear apologies or excuses, she wants to help you get to a place where together you create a moment or series of moments that are fearless, honest, and personal to you. She knows how to maintain that elevated edge the actor needs to step up to, and hopefully jump off of. Risa will not be there to catch them but she will be the most receptive witness of the actors' plunge. And she creates an electric room for those plunges to happen.”

"Through Risa’s coaching at The BGB Studio I discovered what it truly means to be focused and centered. In a business in which your To Do List will never be complete, she taught me to remain present in every moment and not worry about what is next. My passion and love for our Industry has been reborn. Thank you, Risa!"

"My experience with Risa is one of the most profound I have ever had as an actor. She helped me understand the basic principles of being true to a character in terms of finding the crisis. Her insights have changed how I audition, how I tackle this Industry, and not only how I see myself but more importantly how I believe in myself. Risa has a quality in her coaching that reaches in and pulls out the best in the individual. I am indebted to her for making such a powerful change in my approach to acting.”

- Amy Jennings, A PLACE AMONG THE DEAD