Bernie Telsey started his casting career back in the day alongside Risa, and popped into BGB to sit down with Risa + Steve to talk about it all. As head of the massive- and massively successful- Telsey + Company in New York (and LA), Bernie Telsey is a true titan in the casting industry. In this episode, listen in as he talks to Risa and Steve about his passion for collaboration, what he hopes to see from actors in the audition room, and how his unique approach to casting- stemming from a deep love of the theater and the experience of connecting to a performance on a profound, emotional level- has made him one of the most sought-after (not to mention beloved) casting directors in the world.

“Regardless of getting a job, how can you feel fulfilled? Find that internal- or external- way of feeling connected to being an artist. That’s the thing they/we (casting directors) gotta have.” 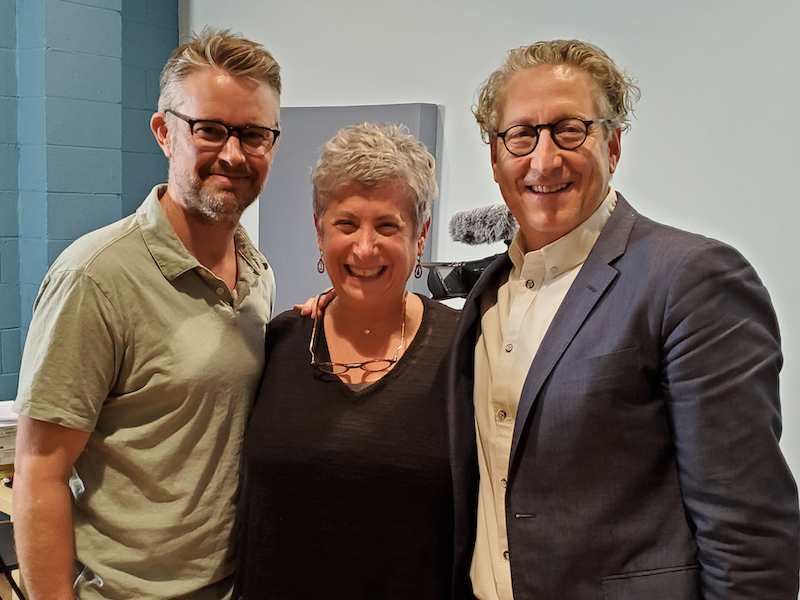 Since opening Telsey + Company in 1988, Bernie, along with his amazing staff of casting directors, associates, and assistants have cast such Broadway shows as Rent, Wicked, Hairspray, In the Heights, Kinky Boots, Hamilton, Network, Oklahoma!,To Kill a Mockingbird, as well as countless national tours, Off-Broadway productions, and regional theatre productions around the globe. Bernie and staff have worked on the feature films Margin Call, Mary Poppins Returns, The Greatest Showman, Into the Woods, Rachel Getting Married, and many many more, including the upcoming film adaptation of In the Heights. Television projects include Fosse/Verdon, This Is Us, The Big C, Masters of Sex, Ugly Betty, Rent Live, Jesus Christ Superstar Live, as well as upcoming shows for HBO, Netflix, and AppleTV+. Telsey + Company have won an Emmy Award and an Independent Spirit Award for casting and and have been nominated for loads more. Bernie was the 2016 recipient of the Casting Society of America’s Hoyt Bowers Award for his huge contributions to casting. As an office, Telsey + Company have won 25 CSA Artios Awards. Bernie serves as the New York Vice President of the Casting Society of America and serves on the Board of Governors for the Academy of Motion Picture Arts and Sciences. Bernie is also one of the artistic directors of MCC Theater in New York, a thriving off Broadway company, newly housed on the west side, the heart of all the work he does.

Ep 2:  Choose Your Own Adventure: An Artistic Roadmap

Ep 6:  The Secret To Successful Preparation

Do the work necessary to move your career and craft to the next level. Jump into one of our career-changing CLASSES!