In the midst of this time of great uncertainty and upheaval for actors across the globe, and as the Industry slowly reopens, it is paramount for actors to be aware of new on-set protocols, how to advocate for yourselves in every area of your work and careers- including having a voice in your union- and how to keep your creative spirit alive. In that pursuit, we are thrilled to offer our conversation with Gabrielle Carteris, president of SAG-AFTRA, and Duncan Crabtree-Ireland, SAG-AFTRA’s chief operating officer as well as the union’s Safety & Reopening Lead, currently working with specialists in the science and medical fields to advocate for a safe reopening for actors and everyone in the Industry.

“We live in an incredible time of technology. There is nothing that has to stop you from really creating- maybe in a way you’ve never imagined before. Work with others, build projects together, talk about story ideas, do readings together. Engage. These are things we can do. Take the opportunity, because maybe that is what this moment is: an opportunity.” 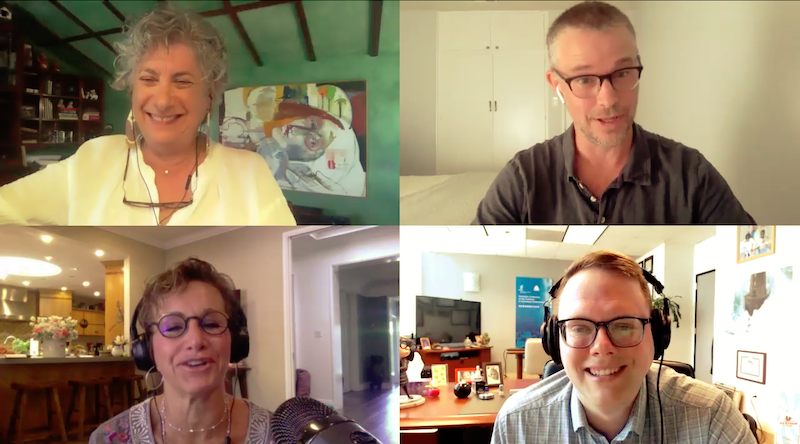 Gabrielle Carteris was re-elected SAG-AFTRA president on August 29, 2019. Carteris became president April 9, 2016, after serving two terms as executive vice president. Carteris became a household name playing Andrea Zuckerman on BEVERLY HILLS, 90210 and recently starred in BH90210, a revival of the iconic show. Her extensive resume includes work in television, film and the stage, with recent credits including a recurring role on Code Black and guest-starring roles on CRIMINAL MINDS, MAKE IT OR BREAK IT, THE EVENT, LONGMIRE and THE MIDDLE. As a producer, Carteris created LIFESTORIES, a series of specials, and GABRIELLE, a talk show that she also hosted. In her role as SAG-AFTRA president, Carteris chairs the National TV/Theatrical Contracts Negotiating Committee and leads the President’s Task Force on Education, Outreach and Engagement. Carteris is a vice president of the AFL-CIO and serves on the executive council and represents SAG-AFTRA with the International Federation of Actors (FIA).

He is a co-chair of the board of trustees of the AFM & SAG-AFTRA Intellectual Property Rights Distribution Fund, a member of the boards of SoundExchange and the SAG-AFTRA & Industry Sound Recordings Distribution Fund, a delegate to the International Federation of Actors (FIA) and teaches international law as an adjunct professor at the University of Southern California Law School. He is a past treasurer of the Los Angeles County Bar Association, a past Co-President of the LGBT Bar Association of Los Angeles, and serves by appointment as a judge pro tem of the Los Angeles Superior Court.