Risa, Billy, and Leah (whose history together runs deep) sat down together (over Zoom) to talk about how actors and CDs are breaking down barriers and connecting in this “new normal” via social media challenges, IG LIVES, and open calls, including the massively popular monologue challenge that Leah ran and took boldly into a daily Instagram LIVE. They spoke about how they’re each making the new virtual space work, what they want from actors during these challenging months (and actually, always), + what the future of casting will bring. It’s a dynamic and honest conversation, giving you a peek into the minds and hearts of these veteran, award-winning, actor-loving Casting Directors.

“You have to have some level of trust in us that we are here to help you. All of the stuff that CDs are now doing through social media and online is saying to actors, ‘We’re here doing our work and we are collaborating with you; we are inviting you into our lives, our homes, and our work’ and we’re trying to figure out this connection. And it’s helping actors realize that we’re all doing this together, and that we’re all needing connection and artistry, and to be in the work together.”‍ 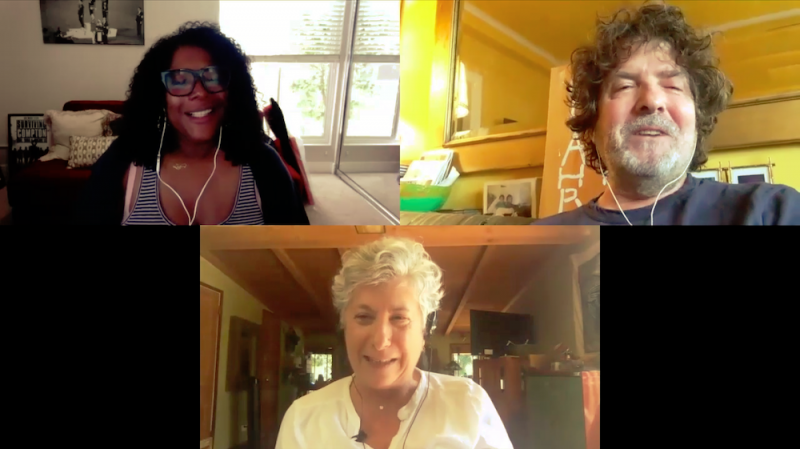 Meet us on Instagram and other social spaces where we hang out — with tons more great advice, inspiration, and Industry intel, especially in this time of self-isolating + sheltering-in-place.

Leah Daniels-Butler is a casting director and producer responsible for launching the careers of talented actors like Gabourey Sidibe, star of the Academy Award winning film PRECIOUS, and other notables. She served as Casting Director for television’s #1 show EMPIRE on Fox. Leah began her career as a casting assistant in 1991. In 1994, Leah landed a coveted casting position as the assistant to Leslie Litt, Senior VP of Casting at Warner Brothers. Within two years, she earned a promotion to casting executive and began working on award-winning projects like FRIENDS and SUDDENLY SUSAN. Both shows earned Primetime Emmy Awards for acting roles. In 2001, Leah left WBTV to start LDB Casting, the company she owns and operates today. Leah works across genres securing talent for films like 2 FAST 2 FURIOUS and THE PAPERBOY. She is the recipient of the Hamilton Award for Outstanding Casting for her work on THE BUTLER and the Casting Society of America’s “Outstanding Achievement in Casting for a Television Drama” award for her work on EMPIRE. The Casting Society of America recently appointed her to its board of directors, where she serves as the only African-American member of the board.

Billy Hopkins casts film, television, and theatre. His credits include FATAL ATTRACTION, JFK, GOOD WILL HUNTING, PRECIOUS, LEE DANIELS’ THE BUTLER, and MUDBOUND, among many many others. He cast the pilots for ROSEANNE and SEX AND THE CITY. Billy and Risa were casting partners throughout the 80s and into the 90s, and together cast so many iconic films. Billy was also responsible for the casting of the 1992 Broadway production of A STREETCAR NAMED DESIRE, the 1990 Broadway production of SIX DEGREES OF SEPARATION, and the 1988 Broadway production of SPEED THE PLOW, to name a few.  He has also directed numerous stage productions. Billy received the Emmy Award for casting WHEN THEY SEE US.

* FIND THIS PODCAST AS A VIDEO: TALKING SHOP W/ OUR BGB CASTING FAMILY