L. Trey Wilson is an actor, writer, director, producer, teaching artist and facilitator. He is originally from Chicago and now makes his home in Los Angeles.

As an actor he has worked in theater, television, film and radio. Credits include: SIX DEGREES OF SEPARATION, A FEW GOOD MEN, TRUE WEST, A LESSON BEFORE DYING, THE SECRET GARDEN, THE KATRINA PLAY, STAGE DIRECTIONS, etc. He worked for two seasons with Shakespeare and Co. performing in TAMING OF THE SHREW, ANTONY AND CLEOPATRA and A MIDSUMMER NIGHT’S DREAM. Television and Film credits: LAW AND ORDER: SVU, MONK, FINAL JUSTICE, SPEED RACER, WHITEWASH and can be seen in the popular Netflix series, SENSE8.

Writing and Directing credits include his plays THREE PART DISHARMONY, ALL ABOUT ESTHER, STAGE DIRECTIONS, TURN, SOMETHING HAPPENED, STAY, AUGUST (a collection of 31 short plays), 3 short films, a six-part web series and two solo performance pieces. His plays have been performed in New York, Chicago, Minneapolis and Los Angeles.

Explore
Trey's
classes:
Trey
has an IMDb page, check it out
here! 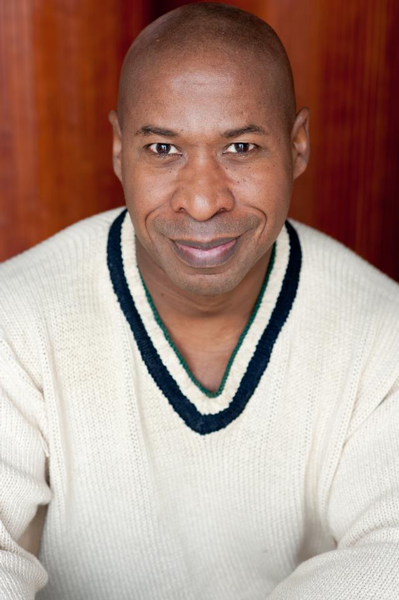 While living in NY, Trey worked as a teaching artist for several years with Manhattan Theatre Club’s Write On The Edge, a program with the purpose of bringing teaching artists to juveniles in alternative schools and programs. Trey worked for several years with the underage population of Rikers Island Jail in New York with both the young male and young female populations. The goal was helping the participants express themselves through writing their stories and then having professional actors perform their work.

In Los Angeles, Trey has been the playwright for two Master Classes at UCLA. Interestingly the master classes were for actors. The sessions were to give the acting students an opportunity to work with an actual playwright and give them the experience of being a part of the development process of new work.

Trey continues to work as a Facilitator for a Global Company that works primarily with corporations and universities addressing issues regarding race, gender, culture and sexuality. He has facilitated these conversations around the country as well as in Canada, Israel and Australia.

Awards include: The LA Drama Critics Circle Award, The NAACP Award, The Backstage West Garland Award, The LA Weekly Award, and two GLAAD Awards. His plays have been nominated for 8 Ovation Awards in four different categories and he is the recipient of the Ovation Award for playwriting. He has also been featured on the NPR show ALL THINGS CONSIDERED.

"Trey reminds you of the most important thing about being an actor. YOU are good enough, because there is no one else like you."

"I don’t consider myself a writer, but after taking a writing section in my Workout class from L. Trey Wilson, I am re-considering. He is so down to earth and brings such an energy of support, that it is hard NOT to bring your truth to class and to your writing. The direction he gave as well as the prompts helped me compose something I didn’t know I had in me."

"Trey is a true multi-hyphenate: actor, writer, director, producer. And he's great at all of them. I've acted in his plays, been directed by him and have used his plays in my undergraduate acting classes at UCLA. Trey has also been a guest artist in my class several times so I know how clear, kind and giving he is when working with students. He's also without a doubt one of the nicest, most generous and supportive people I've EVER met. Everyone who knows Trey loves him--and I'm not exaggerating."